Getting In Touch With The Dutch 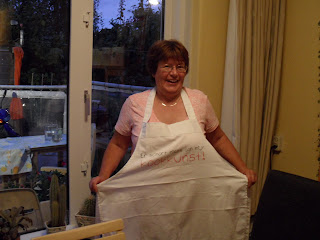 The theme of the orientation programme for the International students was “The Process of Acculturation to the Dutch Culture”. Each international student was assigned to a team and the team had to come up with an idea that will help this cause. Totally lost on the concept I met my team members who were from five different places in the world.
Our captain Hugo was from Mexico, Kristian from Germany, Narita from Indonesia, Qiyi from China and me myself from India. 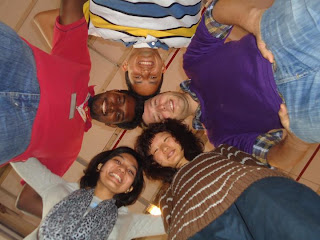 We sat down and discussed what we thought the topic meant. After a heavy session of brainstorming, we came up with a plan. This plan itself was going to conflict with the way of life of the Dutch.
Our plan was to approach a typical Dutch family and better get to know the Dutch culture by cooking a traditional Dutch cuisine under their guidance. But as the Dutch tradition goes, home is a very private place for a family and inviting strangers over and allowing them to use the kitchen was way over the line. But still we decided to take the risk and approached a Dutch lady named Ineke de Bruin.
Her surprised expression did not help our cause and we expected a straight “NO”. But she gave it a thought and told us that she needs to ask her husband first and if it is okay with him, we are welcome.
As luck would have it, those moments of anxiety paid off and we got a positive reply and off we went to gather the ingredients. Heeding our coach’s advice, we bought bottles of wine as presents for our host. 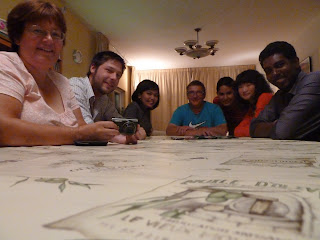 We headed off on our bikes from the TU Delft campus with our host. We reached her home and after the initial round of beverages, she gave us a tour of her garden where most of her vegetables and fruits grew.
Under her guidance, we cleaned and chopped the vegetables and prepared the dish. She also taught us many Dutch concepts and gave us tips on how to set a table. It was a very productive evening and it was literally getting in touch with the Dutch…
Posted by Ab9 at 9:40 AM